Summary of Vedanta-Sutra in Bhagavad-gita

Summary of Vedanta-Sutra in Bhagavad-gita 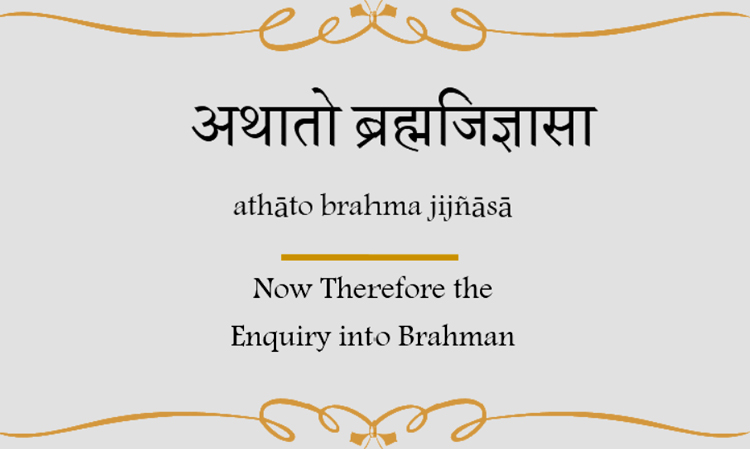 Bhagavad-gita is described as the cream of all Vedic literatures.  Srila Prabhupada establishes the specific standard of Bhagavad-gita by stating that one would find in the Bhagavad-gita all that is contained in other scriptures and also find things which are not to be found elsewhere.  In this article, let us go through the Summary of Vedanta-Sutra as it is presented in Bhagavad-gita by Lord Sri Krishna.

Srila Vyasadeva, the literary incarnation of Lord Sri Krishna compiled the Vedanta-Sutra.  It contains the summary of all Vedic scriptures in 555 sutras or aphorisms.  The same contents of Vedanta-Sutra is further condensed by Lord in just three verses in Bhagavad-gita from verses 15.16 to 15.18.

Lord states that there are innumerable living entities and they are eternally separated parts and parcels of the Supreme Personality of Godhead.  The living entities can be divided into two classes – kshara or the falliable and akshara or the infalliable.  Falliable beings deviate from their true nature (as eternal servants of Lord) because of their association with the material nature.  Thus they struggle with their five senses and mind in this material world.  Their bodies undergo six changes – they take birth, grow, stay for some time, reproduce, dwindle and die.  Thus all the beings in this material world are constantly changing their bodies every moment.

The infalliable beings do not deviate from their true nature as eternal servants of Lord.  They remain as individuals in the spiritual world and are in oneness with the Supreme Personality of Godhead.  Srila Prabhupada explains that this oneness means that they are all in oneness with the desires of the Lord.  The infalliable beings, who are there in the spiritual world do not have material bodies and their spiritual bodies do not undergo the six changes like matter.

Further, Lord explains in Bhagavad-gita that superior to these two beings, is the greatest personality called the Paramatma, the Supreme Soul.  He has entered the three worlds and is maintaining the worlds.  Thus, Paramatma is fully conscious of all things happening in all places and at all times.  Because of His presence, the different universes are running perfectly.  Though present in this material world, Paramatma is not like the falliable beings but He is supporting and protecting this universe.   In this verse, Lord clearly defeats the impersonal philosophy (advaita-vada) which propagates the wrong conception of oneness.  Advaita-vada equates living beings in all respects with the Supreme Brahman and also believes that the living entity loses its individuality after liberation and merges into the impersonal brahman.  But the truth is that the beings either falliable or infalliable cannot surpass in quantity the inconceivable potencies of the Lord.  They always remain as individuals either in the conditioned state or in the liberated state.

Lord further states that He(Krishna) is that Supreme Soul.  He is the greatest.  He is transcendental.  Thus He is superior to both the falliable and infalliable.  He is celebrated both in the Vedas and the world as that Supreme Personality of Godhead (Purushottama).  Thus He establishes the fact that even the Paramatma is one of the aspects of Lord Krishna.  In the previous chapter of Bhagavad-gita, Lord states that He is the basis of impersonal brahman.

Thus, this section in Bhagavad-gita clearly establishes Lord Krishna as Purushottama, the Supreme Personality of Godhead.  It also establishes the fact that the living entities always remain as individuals both in the conditioned state and in the liberated state.